The topic of Vitamin D is very topical these days, in relation to Covid and its many benefits are being widely recognised. However Covid aside, there is an issue in relation to an overall Vitamin D deficiency for Irish people and this has been an ongoing problem that Medics feel should be addressed. In this article, we explore this issue and look at ways in which it can be addressed.

But first of all…

What is a Vitamin D Deficiency and why does it matter?

Vitamin D is a fat-soluble vitamin that is key to our general health  with absorption in the gut being one of its core functions. When you do not get enough vitamin D, there are many potential symptoms and side effects. These numerous health effects can range from osteoporosis to certain types of cancer, as well as just an overall sluggish immune system. The importance of Vitamin D and avoiding a deficiency is integral to your overall health as a treatment and preventative measure.

So with that in mind… 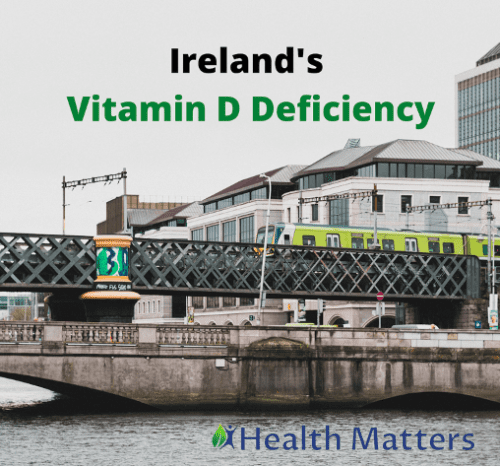 Geographically speaking, yes. Without supplementation, we require the help of the sun to get our vitamin D levels up to an adequate level. However in winter, this is particularly problematic.

The research indicates that locations from 37 degrees north of the equator do not get adequate levels of sunshine for people to absorb Vitamin D; especially in the winter months. As Ireland has a latitude of 51-55 degrees north; we unfortunately do not make cut off point in terms of the sunshine levels required. While places like Donegal are further away from the threshold than say west Cork, the reality is that this is an all Island issue.

During the rest of the year, it is doable – assuming you are getting out and exposing your skin to the sun. 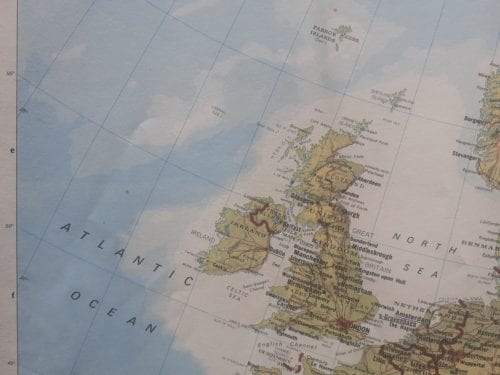 The question is then.. are we dealing with this geographical dilemma in the right way especially during the darker days?

The research would suggest no. Here’s the science bit but bear with us…..

To put this all into perspective, it is recommended that 10mg daily will be enough for most people.

So in simple terms, the majority of the Irish population do not have enough vitamin D.

Is there still a Vitamin D Deficiency for Irish People during Summer? 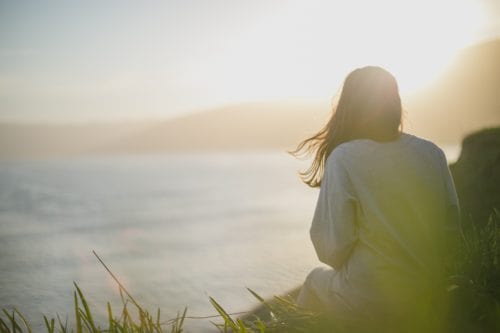 While the issue is most acute from October to March in Ireland, yes you can still be vitamin D deficient in the summer months. Naturally in summer, with longer days and better weather -people tend to be outside more and so can get an adequate level of Vit D without a supplement. But as with many things – this is contextual.

For example, if you are working in an office, the only opportunity you might get to enjoy some sunshine is to pop outside during the lunch break. On top of that, we all know how unpredictable the Irish weather is and so a lot of the time we are still covered up when we are outside, blocking sunshine.

Generally, for effective Vitamin D synthesis to occur, you would need 15 minutes of sunshine daily on your forearms and face. (Needless to say, getting outside and not burning at the same time!) But the reality is a lot of Irish people may not be actually getting that amount of exposure to the sun on a daily basis, even during the summer months – although they are likely to be getting some sun and considerably more than in the winter.

How much vitamin D is required for people in Ireland?

The exact answer is it depends – as there are different variables from person to person.

How often you are outside, your skin type (darker skin types have to work harder for the vitamin d synthesis to occur), age, typical choice of clothing all play a role in this. However generally, Vitamin D supplements in Ireland is needed most in the winter months and as such – a supplement of at least 2000iu is recommended between October and March. For the rest of the year a lower strength supplement such as 1000iu can be enough.

That said, If you want to be as specific as possible to your own situation – you could take a blood test to get an accurate idea how vitamin D deficient you might be (if you are at all).

What about Vitamin D and Covid?

As with all things in the pandemic, new evidence is continually coming to light. One study in Spain, found that 80% who were hospitalized for Covid-19 had a vitamin D deficiency. On top of that, those with low levels tended to have longer hospital stays.

The reality is, it’s a situation that is constantly evolving and ultimately time will tell how effective vitamin D is in the battle with covid. However considering the situation that we are all in, it is generally considered wise to use a vitamin D supplement at this time. Ultimately as long as you don’t take too much – it cannot do any harm and will only boost your immune system and potentially offer important protection against a variety of viruses.

What about the Irish diet? Can that ward off Vitamin D Deficiency?

It is true that certain foods – ranging from the liver of fatty fish to egg yolks – do provide certain levels of vitamin D. However for the average western style diet, this is minimal and does not move the needle enough to address vitamin D Deficiency. For vegetarians and vegans, there is seemingly a greater risk of vitamin D deficiency as animal sources are also a source of vitamin D.

The Irish winter months present an uphill battle in terms of getting adequate sunshine levels. Some studies acknowledge that our geographical location puts us at an endemic risk in this regard.

With our northern latitude, supplementation is advised to meet the requirements especially during winter. As shown, Irish people in general are Vitamin D Deficient and do not address this issue. In the summer months, if you cannot get outside regularly, supplementing with a  lower dose would be recommended.

Unless Ireland suddenly drift downs the Atlantic and we end up in the southern hemisphere, staying on top of your vitamin D requirements is necessary in staying healthy and enjoying life to the full.

If you are looking for Vitamin D supplementation, check out our range.

Have you tried Vitamin D?

You can find out more about which cookies we are using or switch them off in settings.

This website uses cookies so that we can provide you with the best user experience possible. Cookie information is stored in your browser and performs functions such as recognising you when you return to our website and helping our team to understand which sections of the website you find most interesting and useful.

Strictly Necessary Cookie should be enabled at all times so that we can save your preferences for cookie settings.

If you disable this cookie, we will not be able to save your preferences. This means that every time you visit this website you will need to enable or disable cookies again.

This website uses Google Analytics to collect anonymous information such as the number of visitors to the site, and the most popular pages.

Please enable Strictly Necessary Cookies first so that we can save your preferences!